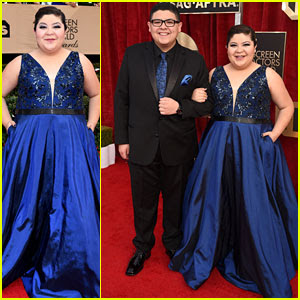 Since the inauguration, the violent rabid left has completely taken center
stage and last night,at the Shrine Exposition Center, was literally no exception.

Every time you turn on the TV news, all you see are their juvenile antics:

Their marching.
Their blockading.
Their vulgarity.
Their violence.

If you know anything about 20th Century history, you readily recognize that this, minus the brown shirts,  is how the Nazi fascists came to power in Germany.  The parallels are becoming undeniable.

All you hear from the American left (still calling themselves "Democrats for now)  are their complaints and  their demands. The Empire, the monied Establishment, te crony crapitalists and their mouth-pieces in the  legacy media, are all striking back agains the people and the policies who were on the ballot in November.

They are freaking out because it was all supposed to be rigged in their favor.

Even if you can believe the exaggerated numbers proferred by the same fake alphabetical news networks  (which, of course, you can't), it is still remains only a TINY fraction of Americans, less than 1%, who are participating  in these anti-American shenanigans.

Anybody who thinks introspectively, even a little bit,  can see this is really all political in nature.
Women's march - all political.  Demonstrations about a 90 day travel ban imposed on 7 war-torn
Jihadi strongholds - all political. It's all politics, all the time. The left, and its propaganda ministry
the (alleged) "media" just cannot accept their defeat graciously. We can seen these mobs becoming
domestic terrorists on their own. Many Americans will eventually die from their anti-Trump actions, and they  will be fully to blame for those deaths.  They will NEVER acknowledge their role in these deaths, just as  the actions of Black Lives Matter has greatly increased the black-on-black homicides due to the "Ferguson Effect" THEY (and Obama) created.  Are they being held accountable?  (don't laugh - it's not a laughing matter)

(Up)Chuck Schumer was even on TV yesterday boo-hooing as he shed his crocodile tears.

The Screen Actor's Guild put on a political show last night, instead of an awards cemetery.

They were so smug in spouting their lofty rhetorical bullshit. Such phonies.....yeah, they're actors,
so what else can you expect? Honesty?  Sincerity? Patriotism?  No, none of that will be had
because they are paid representatives of the Democrat Party, trying to "massage" public opinion
to oppose what is being rightly done to protect this nation and its people.....all of US.

I'm sick of it.   WE need to show Trump we appreciate his efforts to protect us and we will support him  in his efforts to avert more mass killings of Americans by these religious zealots, and to avoid becoming the same dangerous continent that Europe has already become. Think of the children - our children and how they are endangered by those who want to come and kill them, and already have, on numerous occasions.

The question about our hard-working President becomes:  "how do we best support him in his tireless efforts.to make America great again?"