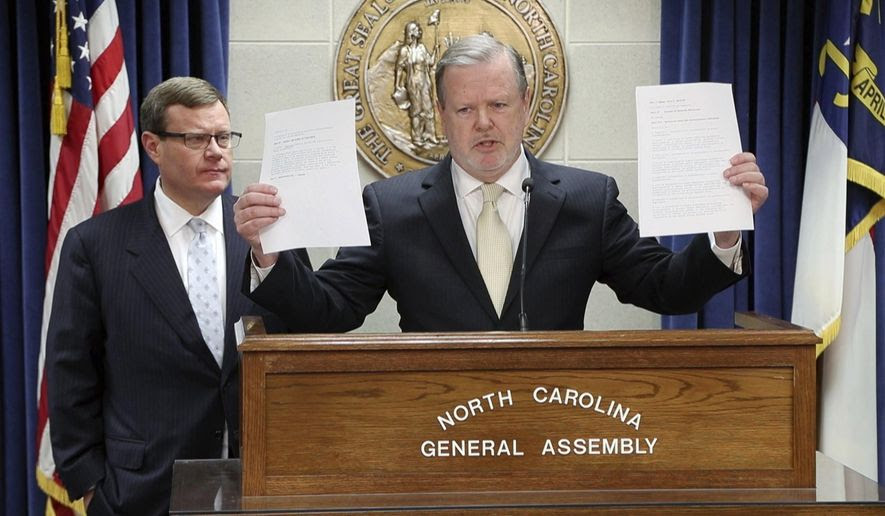 North Carolina Republican lawmakers say they have an agreement with Democratic Gov. Roy Cooper on legislation to resolve a standoff over the state’s “bathroom bill.”

GOP leaders announced the new legislation would be debated and voted on Thursday. Details about the replacement weren’t immediately available, and House Speaker Tim Moore and Senate leader Phil Berger declined to take questions during a brief news conference.