TOOLS OF JIHAD Shocking police pictures reveal 10,000-weapon arsenal including howitzers, machine guns and grenades intended for the hands of terrorists in Europe 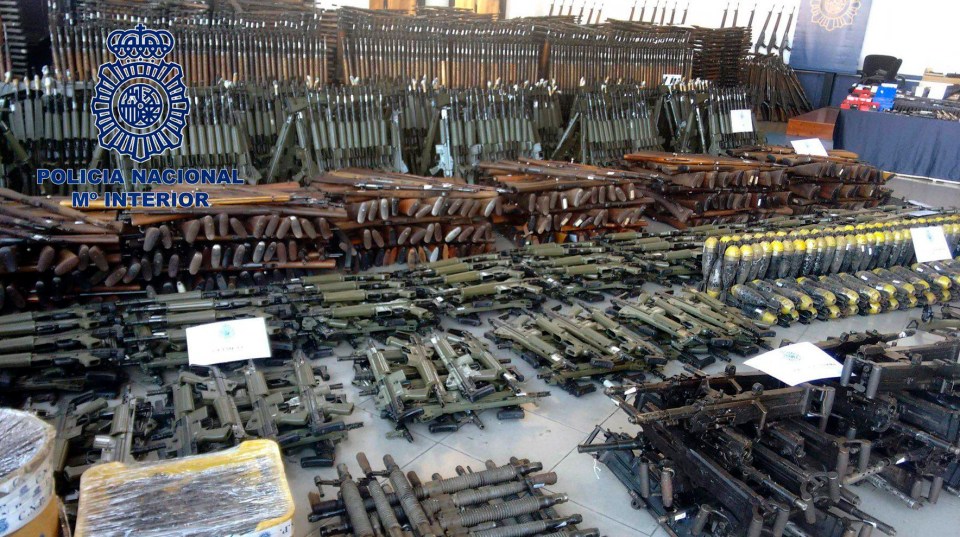 POLICE last night revealed an arsenal of more than 10,000 weapons destined for the hands of terrorists and organised gangs around Europe.

A continent-wide operation stopped weapons including anti-aircraft guns, howitzers and grenades falling into the hands of extremists in France, Spain and Belgium.

Some were previously described as being powerful enough to “bring down an aircraft”.