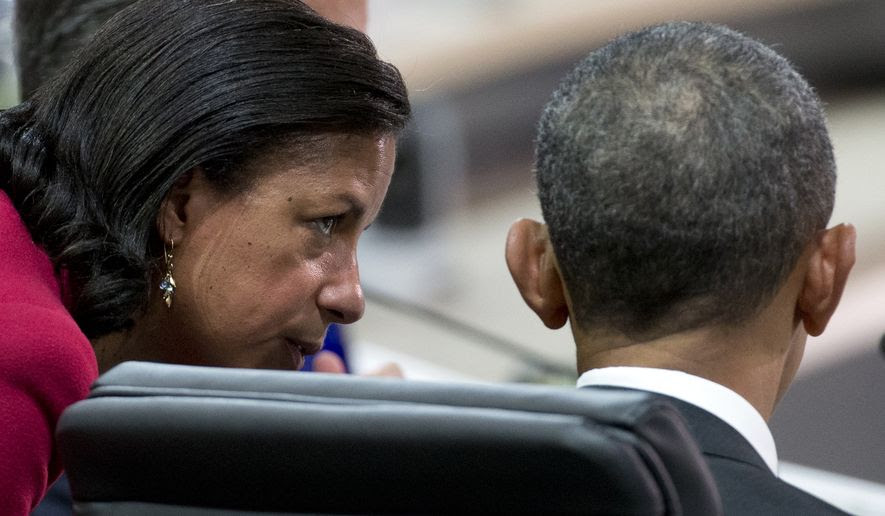 Inside the classical limestone State Department headquarters, America’s diplomats learn statecraft, etiquette and strategy — and generally are discouraged from use of the middle finger as a negotiating tool.

Roughly two decades ago, Susan E. Rice, the youngest assistant secretary of state in history, used hers in a meeting with veteran U.S. diplomat and architect of the 1995 Bosnia peace accords Richard C. Holbrooke. According to various accounts, the dispute was a classic territorial battle between two volatile personalities.

The overachieving Ms. Rice regarded Mr. Holbrooke as a meddling elder. Mr. Holbrooke, then the U.S. ambassador to the United Nations, reportedly didn’t flinch at the gesture and dismissed Ms. Rice as an upstart who lacked respect for her colleagues and the institution she served.

As history would have it, Ms. Rice went on to play a Zelig-like role in every Obama administration foreign policy controversy, including Benghazi, the Iran nuclear arms deal, the Bowe Bergdahl-Taliban prisoner trade and the deal to disarm Syria’s chemical weapons arsenal. Now, once again, Ms. Rice finds herself front and center in America’s latest international crisis: allegations that Russia meddled in the presidential election campaign last year and the Obama White House leaked what it knew about the Trump campaign’s ties to the Kremlin.