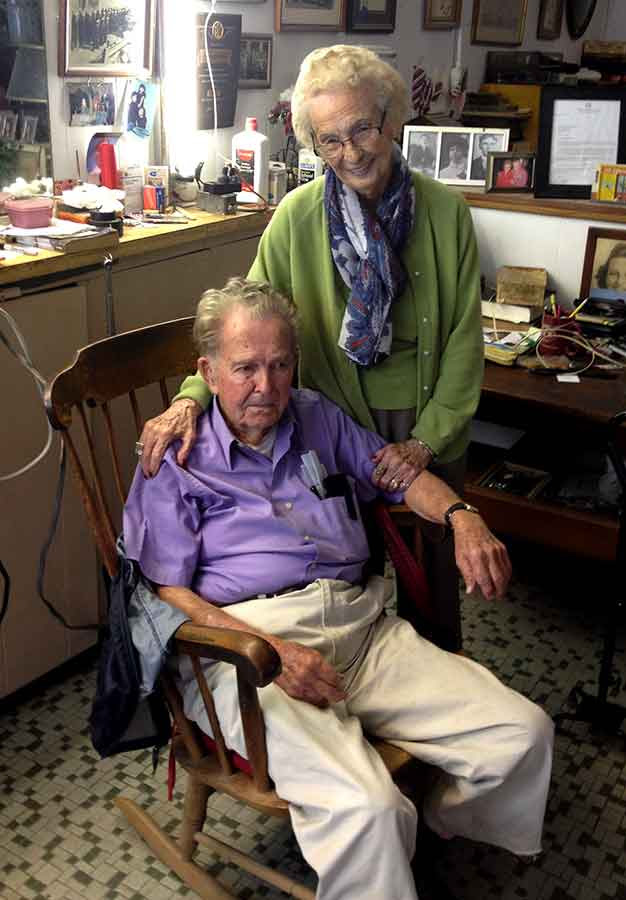 Columbia, nestled on the black-water banks of the Scuppernong River, is a typical small town in our coastal plains: Two traffic lights, one food store, one restaurant, a couple of dollar stores, one hardware store, one drug store and one barber shop. It’s at that barber shop where one can still get a pretty darn good haircut for $5 and catch up on the latest farming news, fishing tales and just plain gossip.

Now meet the barber, Mr. Bob Mitchell (age 100) and his wife, Miss Myrtle (five years his junior). Mr. Bob was born and raised in Askewville, in Bertie County, and as a young man in the 1930’s decided to go to barber school in Norfolk, Virginia. Looking for a steady job, he answered a call from the local barber in Columbia, who needed help in his shop. After moving to Columbia, he soon met Myrtle Davenport and a short time later they were married in 1939.

On Sunday, Dec. 7, 1941, they were celebrating their second wedding anniversary when Myrtle’s mother telephoned and interrupted their lunch with instructions to turn on the radio — it was news about the bombing of Pearl Harbor. Not long after that, Mr. Bob traveled back to Norfolk to enlist in the U.S. Navy, and eventually found himself aboard the USS Selinur, an attack cargo ship, heading for the Pacific.