Trump to aggressive reporters in Oval Office: 'You guys are getting worse' 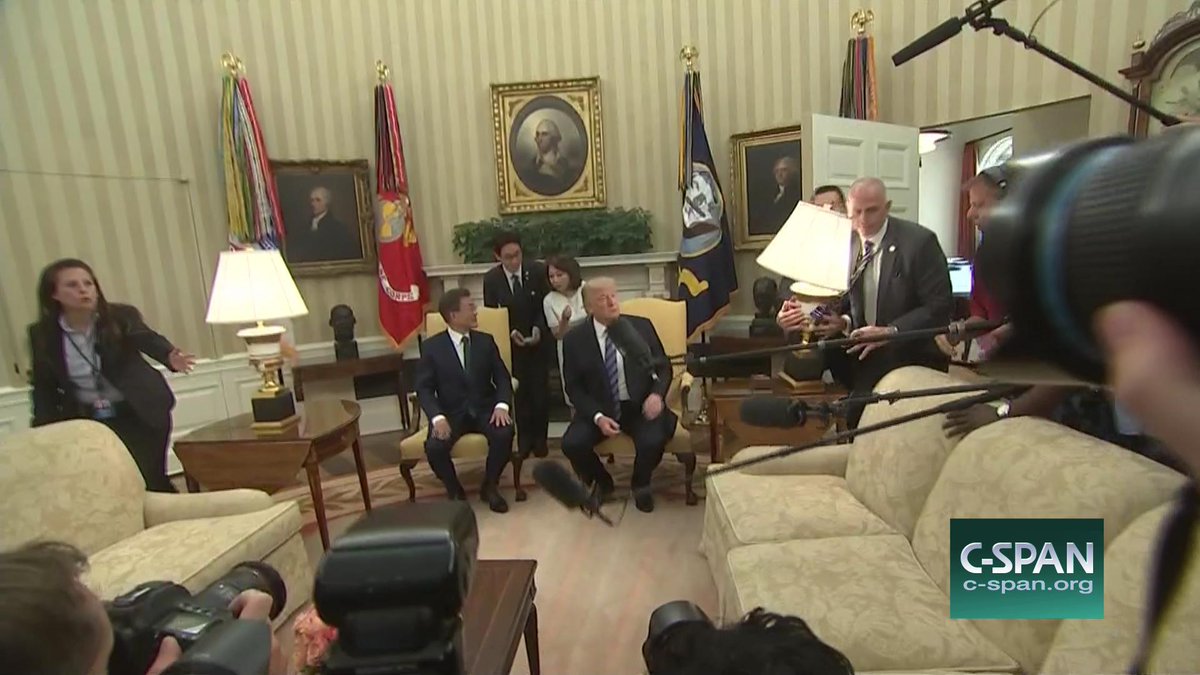 He added: "You guys are getting worse."

Trump then said the reporters had knocked a table in the Oval Office. Trump's longtime body guard, Keith Schiller, could be seen catching a lamp and adjusting a small table.

"They knocked the table down," Trump said. "It's actually a very friendly press, don't let that get you. Although we just lost the table."