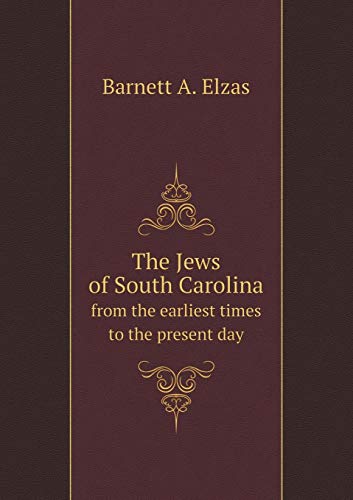 In 1862, Simon Baruch graduated from the Virginia Medical College and was assigned assistant surgeon in charge of the Seventh South Carolina Cavalry, and was promoted to surgeon of Gen. William Barksdale’s Thirteenth Mississippi Regiment. He was captured at Boonesboro in 1862, and again at Gettysburg while attending the wounded; the war ended while he was establishing hospitals at Thomasville, North Carolina. His wife Belle (nee Wolfe) was a member of the United Daughters of the Confederacy and in 1925, son Bernard, financier and political advisor, endowed that organization with the Mrs. Simon Baruch University Award to support scholars writing monographs and books on Confederate history.
Bernhard Thuersam, www.Circa1865.com   The Great American Political Divide

“Dr. Simon Baruch, formerly of Camden, SC, now one of the leaders of the medical profession in America, was born on July 29, 1840, at Schwersenz, Prussia. He graduated at the Medical College of Virginia in 1862, and served as a surgeon in the Army of Northern Virginia under General Robert E. Lee for three years.

He practiced medicine in Camden, SC, for fifteen years, was president of the South Carolina Medical Society in 1873, and chairman of the State Board of Health of South Carolina in 1880. Later he removed to New York, where he was physician to the Northeastern Dispensary in 1883-84, and gynecologist to the same dispensary for three years following.

He was physician and surgeon to the New York Juvenile Asylum for thirteen years, having the care of one thousand children, and was chief of the medical staff of the Montefiore Home for Chronic Invalids for eight years, during which time he organized its medical department, and since that time has been its consulting physician. He is now [1905] professor of hydrotherapy in the New York Post-Graduate Medical School and Hospital.

Dr. Baruch diagnosed the first recorded case of perforated appendicitis successfully operated upon, and Dr. J.A. Wyeth stated in a discussion in the New York Academy of Medicine that “the profession and humanity owe more to Dr. Baruch than to any other one man for the development of the surgery of appendicitis.”

It would be impossible within the limits of this short biography to refer in detail to the many achievements of this great physician. One thing, however, might be mentioned, namely, that the successful introduction of free public cleansing baths in the largest cities of the United States is largely the result of his agitation of this subject before medical societies and boards of health.

Dr. Kellogg, in an appreciative biography which he printed in Modern Medicine for May, 1903, has well summed up Dr. Baruch’s work in these words:

“The pioneer work which he has done for physiological therapeutics and rational medicine and in the philanthropic application of hydropathic principles entitles him to a splendid monument which the next generation will doubtless see, and has earned for him a large place in the hearts of all who are interested in the progress of rational medicine . . . He is a man of whom any country might be proud . . . [and] he has devoted his life to the betterment of his fellow-men.”