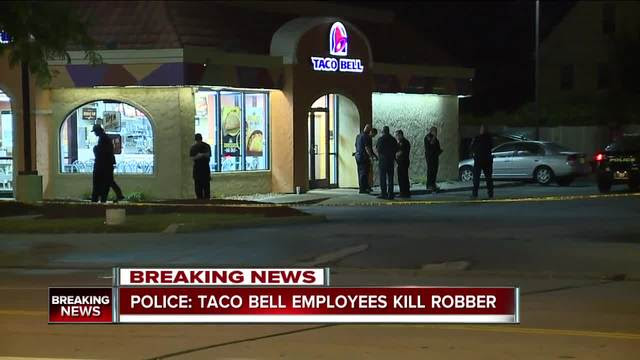 Police responded to the store in the city’s Edgewater neighborhood shortly before 3 a.m. and found the suspect suffering from multiple gunshot wounds. The unidentified man was taken to a local hospital and pronounced dead.

A second suspect fled the scene.

Investigators say five Taco Bell employees were in the store when the suspects came in wearing masks and ordered them to get on the floor. Three of the employees opened fire, striking the suspect.

Police said no arrests had been made.

In a statement, Taco Bell said the company was offering counseling to the restaurant workers and was cooperating with the investigation.
Posted by Brock Townsend at Thursday, September 07, 2017