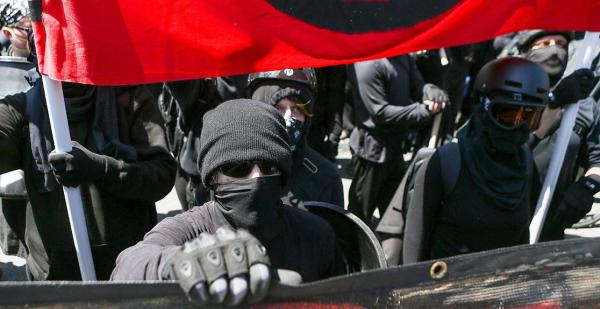 President Trump was crucified by the mainstream media a few weeks back after hosting an improvised press conference and saying there was “blame on both sides” for the violence in Charlottesville that resulted in the death of a counterprotester.  The comments resulted in most of Trump’s advisory councils being disbanded, as CEO’s around the country pounced on the opportunity to distance themselves from the administration, and heightened calls from CNN for impeachment proceedings.

The problem is that while Trump’s delivery probably could have been a bit more artful, the underlying message seems to be proving more accurate with each passing day and each new outbreak of Antifa violence.

As Politico points out today, previously unreported FBI and Department of Homeland Security studies found that “anarchist extremist” group like Antifa have been the “primary instigators of violence at public rallies” going back to at least April 2016 when the reports were first published.

Federal authorities have been warning state and local officials since early 2016 that leftist extremists known as “antifa” had become increasingly confrontational and dangerous, so much so that the Department of Homeland Security formally classified their activities as “domestic terrorist violence,” according to interviews and confidential law enforcement documents obtained by POLITICO.