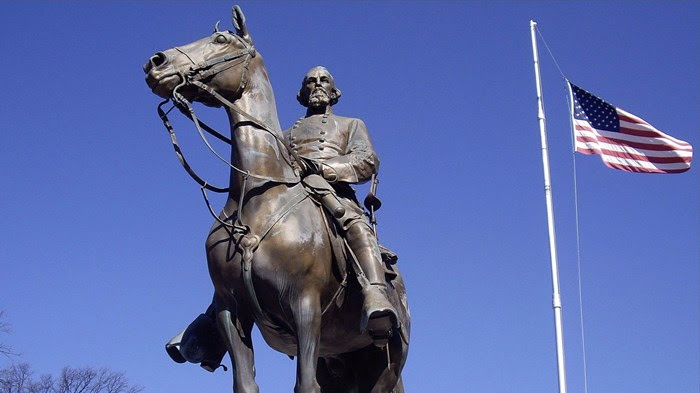 A NPR/PBS News Hour/Marist Poll survey taken after the protests found that few white evangelicals agreed that statues honoring Confederate leaders should be taken down. Only 6 percent said they should be removed because they offend some people, far fewer than the 27 percent of Americans and 40 percent of African Americans who wanted to see them removed.

********************
After Charlottesville, more Christians are aligning with efforts to remove Confederate names and landmarks. In the past week, the president of the Southern Baptist Convention (SBC) and about a dozen of its pastors called for the removal of a Confederate statue in Memphis, Tennessee, while members of a historic Episcopal church in Lexington, Virginia, voted to remove Robert E. Lee from its name.

The SBC’s Steve Gaines, senior pastor of Bellevue Baptist Church, joined more than 150 Memphis-area clergy in a letter requesting the state historical commission relocate a statue of Memphis native Nathan Bedford Forrest. The Confederate general and early Ku Klux Klan leader is buried in a city park that bore his name until 2013.