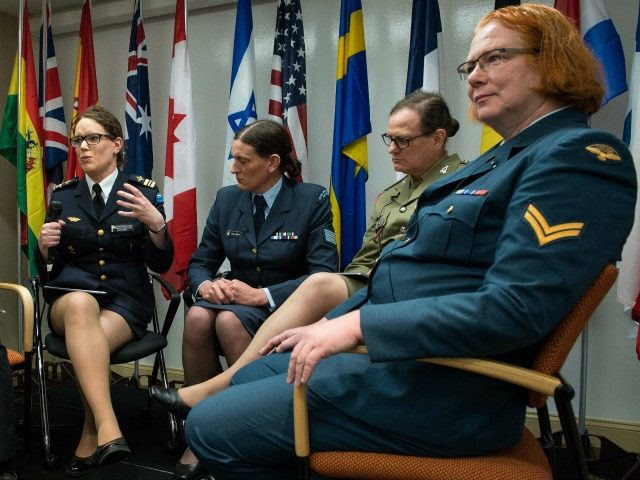 Even if they were females they certainly wouldn't get any attention from the opposite sex. :)

A judge says she has the authority to countermand the Commander in Chief’s July decision to reject transgender applicants for military service, highlighting the judiciary’s continued efforts to seize political power from legislators and President Donald Trump.

The claim was made October 30, when Judge Colleen Kollar-Kotelly on the United States District Court for the District of Columbia denounced Trump’s ‘Presidential Memorandum’ ending President Barack Obama’s policy of recruiting people who think they are members of the opposite sex.

She insisted that Trump’s policy be blocked pending a full trial:

The Court will preliminarily enjoin Defendants from enforcing the following directives of the [Trump] Presidential Memorandum, referred to by the Court as the Accession and Retention Directives:

I am directing the Secretary of Defense, and the Secretary of Homeland Security with respect to the U.S. Coast Guard, to return to the longstanding policy and practice on military service by transgender individuals that was in place prior to June 2016 until such time as a sufficient basis exists upon which to conclude that terminating that policy and practice would not have the negative effects discussed above.