“Following In the Steps of Lucifer”

Via comment by Quartermain  on Jeff Sessions after Kate Steinle verdict: 'Wouldn'... 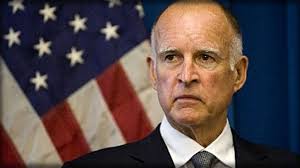 Liberalism creates these “sanctuary cities,” (or in the case of California Governor Brown — a sanctuary state in California.) Remember,  he wanted to send the Vietnamese refugees back in 1975.

A pregnant young woman, Kate Steinle, is murdered in cold blood. Her father witnesses this horror, cradling her in his arms as she begs him to help her.

An illegal immigrant, Jose Ines Garcia Zarate — deported four times and arrested a number of times for criminal activity — was charged. Many witnesses saw him shoot and kill Kate Steinle. This week he was acquitted of all charged.

I have to wonder how in the world this acquittal happened — with so many witnesses, including the Kate’s father. I also have to question why such a high profile criminal trial wasn’t moved out of San Francisco to a more neutral milieu.