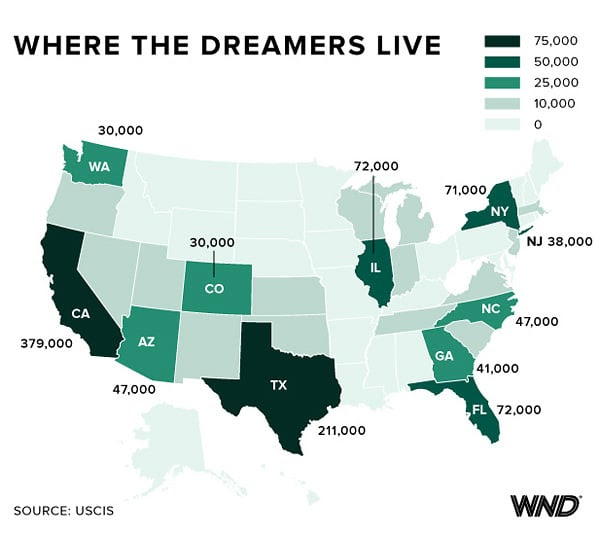 President Trump has long promised he will secure the U.S.-Mexico border with a “big beautiful wall,” but a major bargaining chip in his negotiations possibly could flip four or even five traditionally Republican-leaning states to Democrats in future elections.

Those states are: Texas, Arizona, Florida, Georgia and North Carolina.

But political trends in those traditionally Republican-leaning states could see a shift if illegal immigrants known as DREAMers, or illegal immigrants who were brought to the U.S. as minors, are offered amnesty and particularly if they’re eventually given voting rights. Those fives states host large numbers DREAMers, as Fortune magazine reported last January.