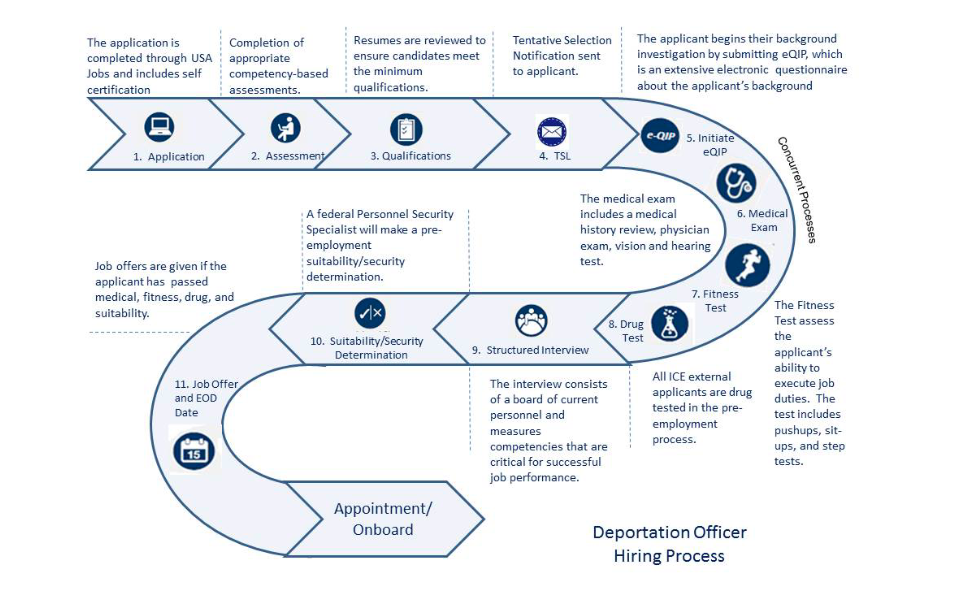 A little more than year ago President Donald Trump signed an executive order that spelled out his administration’s initial steps to crack down on unauthorized immigrants in the U.S. — chief among them a mandate to hire an additional 10,000 new agents for Immigration and Customs Enforcement.

ICE has yet to hire the new agents. The agency said this week it has built a “pipeline” of candidates it can begin putting through the hiring process but has to wait for Congress to appropriate money to do so.