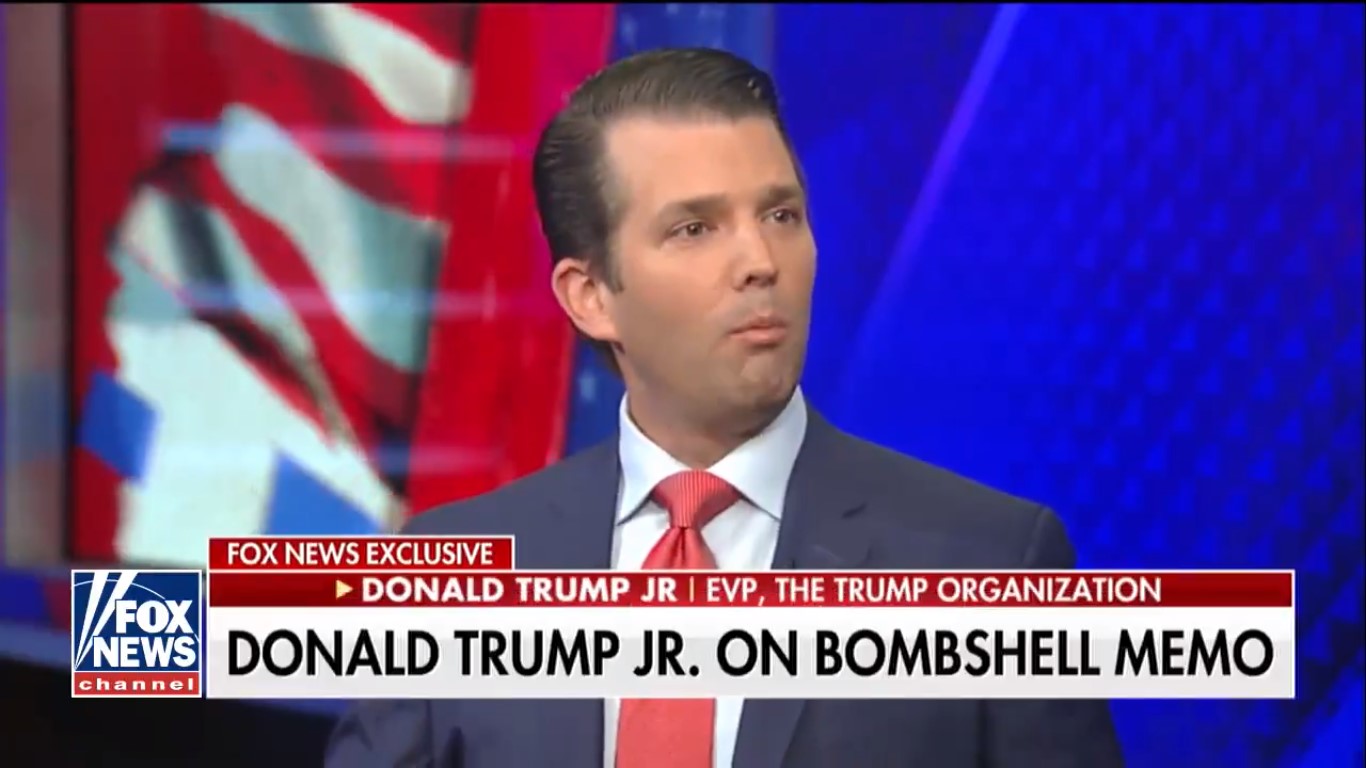 President Donald Trump's oldest son suggested on Saturday that claims by Democrats of collusion between the Trump campaign and Russia are ironic, since such accusations resemble McCarthyism.

"You see the Democratic senators [saying] 'This is McCarthyism.' I’m like what? You have a guy screaming, 'Russia, Russia, Russia' with no evidence," Donald Trump Jr. said during an interview with Fox News Channel's Jesse Watters Saturday night. "All this shade for 18 months, screaming about McCarthyism. I mean the irony is ridiculous at this point."

McCarthyism refers to the campaign against alleged communists in the U.S. government during the early 1950s carried out by Sen. Joseph McCarthy.