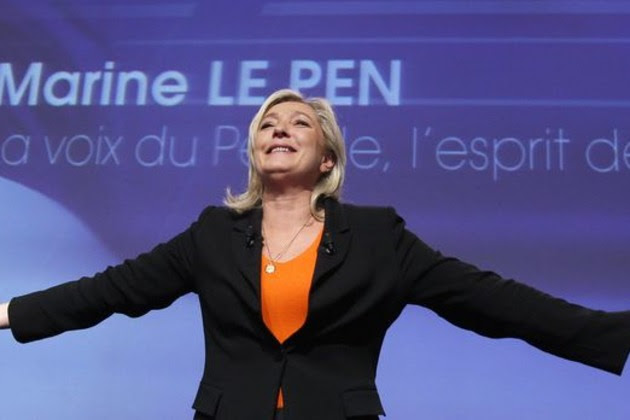 The move by a judge in Nanterre, just outside Paris, came after the National Assembly voted in November to strip the National Front president of her parliamentary immunity over the three photos of ISIS violence posted in 2015.
Posted by Brock Townsend at Friday, March 02, 2018