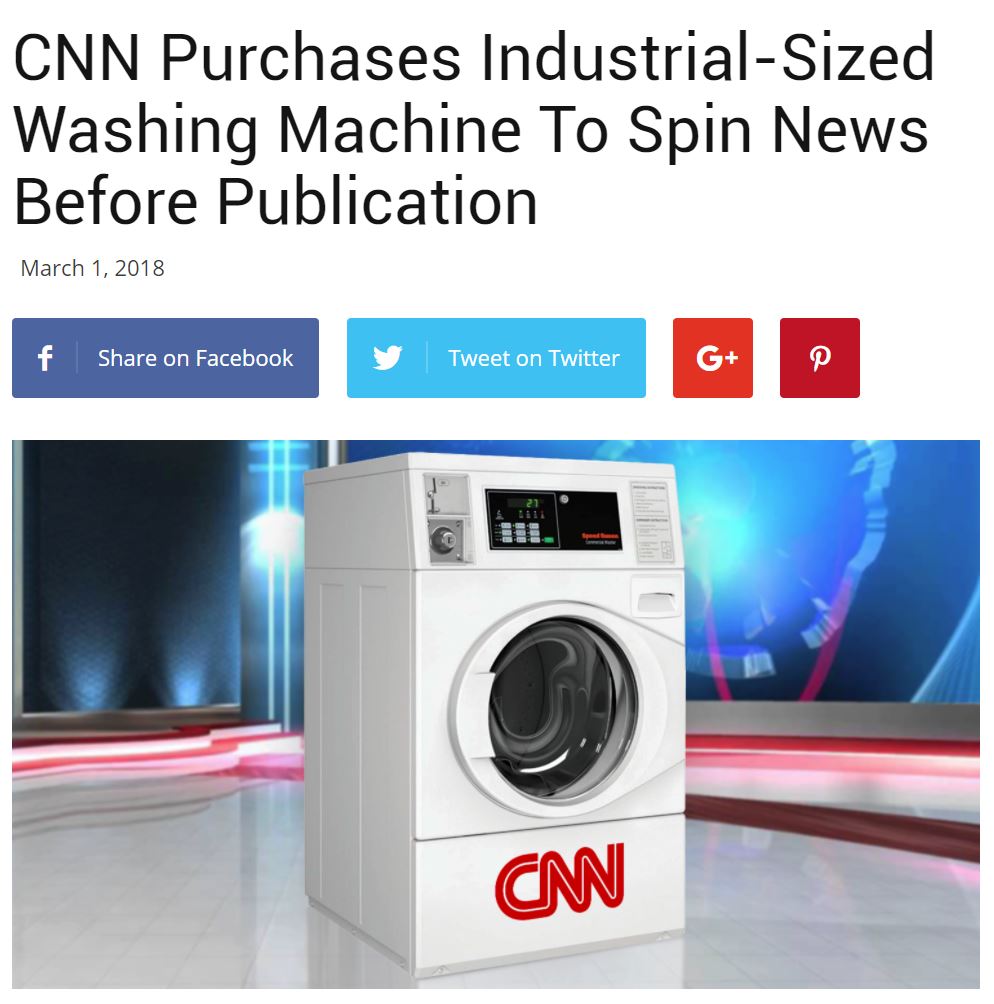 The Christian satire site Babylon Bee has been fact-checked by Snopes and threatened by Facebook after it published an Onion-style article about CNN about purchasing a washing machine to “spin the news.”

The Babylon Bee openly advertises itself as a satire site. Recent headlines include, “Local Pastor Hoping Curling Metaphors Go Over Big This Sunday,” “Nation That Calls Trump ‘Hitler’ Demands He Take All Guns Away,” “Calvinist Dog Corrects Owner: ‘No One Is A Good Boy’,” and “New Exercise Bike Forces You To Watch Christian Movies Until You Hit Your Calories Goal.”

Not only is this fairly anodyne stuff, but as you can see, the Babylon Bee is more than willing to satirize their own among the Faithful.

Naturally, none of this matters to our left-wing tech overlords, who are becoming increasingly desperate to censor free speech coming from conservatives, Christians, and the like.