Another Project From The Back Yard 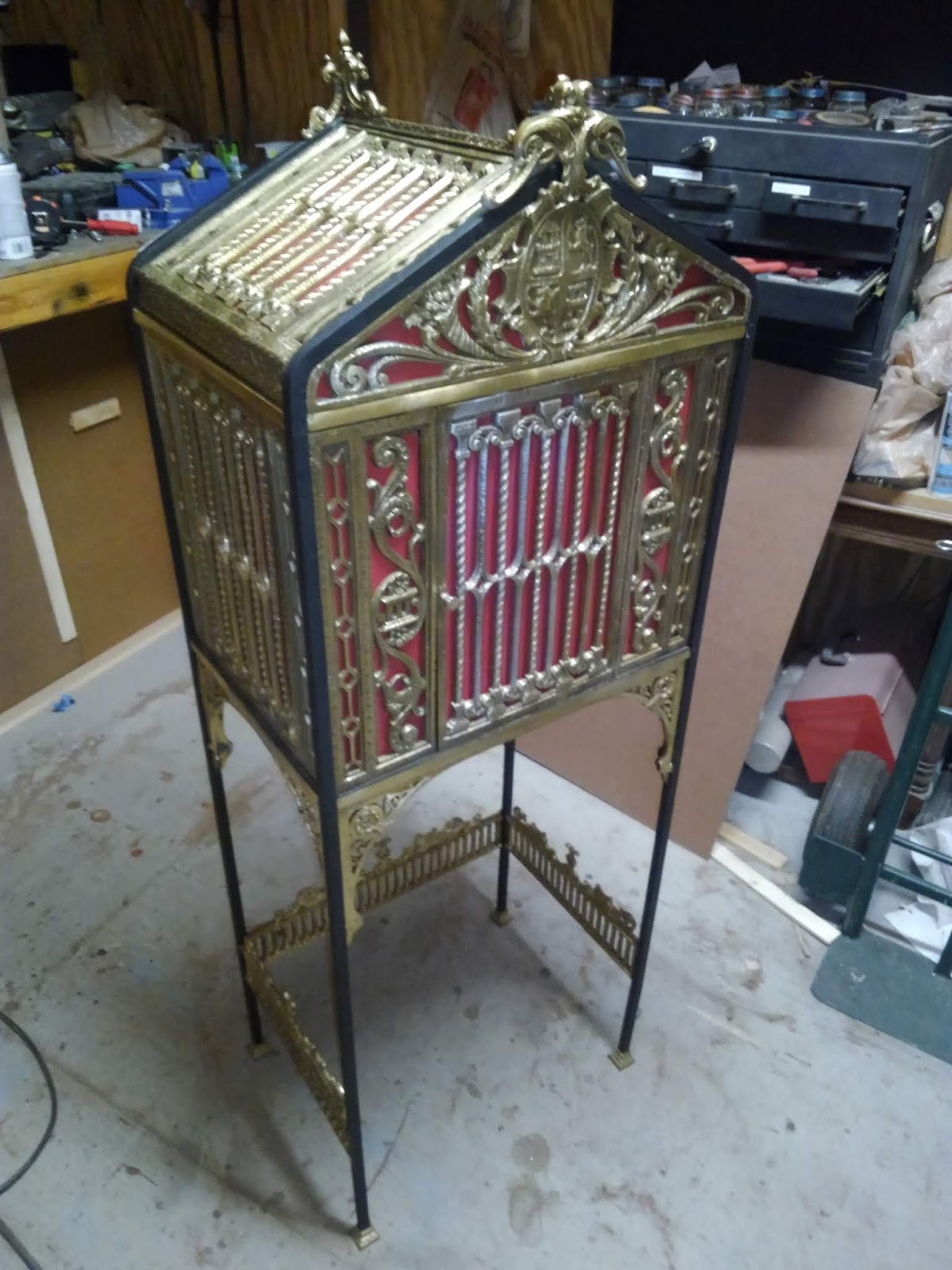 Having been born into the Episcopal Church oh so many years ago I was early in life instilled with a respect and reverence for the 1928 Book of Common Prayer. That and being of English ancestry also brought me a love of antiques.

Close to thirty years ago I joined a newly formed church attached to the Anglican Catholic Church, primarily because they adhered to the old Liturgy that the Episcopal Church has abandoned. While there I completed the call to service bell I mentioned in an earlier post.

Shortly after one of my fellow parishioners asked me to restore an old Sacramental Tabernacle she had found. It was in terrible shape after decades of the worst kind of neglect. Rust was eating at the wrought iron frame and some of the sheet metal back panels were rusted through. Parts of the brass outer panels were deeply pitted and corroded.

I harbored no illusions that it was going to be anything but a daunting task.