Repost: The Story of Civil War Sniper Jack Hinson and His Rifle 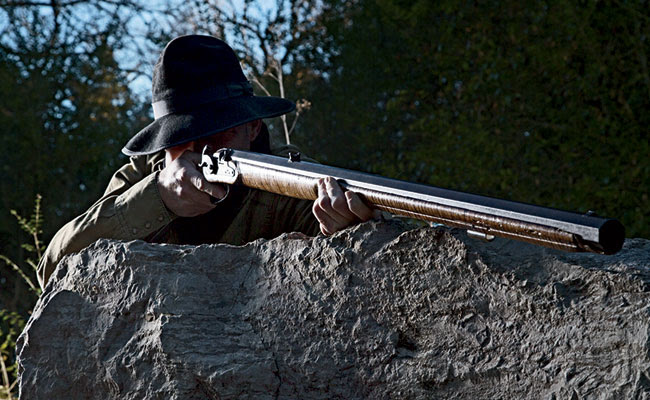 Throughout history, man has had the responsibility to do two things: protect his family and provide for that family. In this day and age, some have steered away from their manly roots, but many of us still want to do right by our loved ones. Anyone who considers himself a red-blooded protector of his family will feel his blood boil when he hears the saga of Captain John “Jack” Hinson.

I was running a shotgun class in New York for a group of LE officers, one of whom was also a Civil War reenactor named Dan Phelps. It turns out that he portrays a Southern artilleryman when reenacting battles and has a keen understanding of what the South endured during the U.S. Civil War.
Dan was excited to tell me a few stories about the area in Tennessee to which I recently moved. A few weeks after class, he sent me a book by Lt. Col. Tom McKenney, USMC, Ret., titled “Jack Hinson’s One Man War, A Civil War Sniper.” From the moment I read the dustcover, I couldn’t put down the book. I was intrigued that the story had taken place within an hour of where I live, but more than that, the story McKenney weaves is really well written and puts you right in the boots of Hinson as he settles the score.