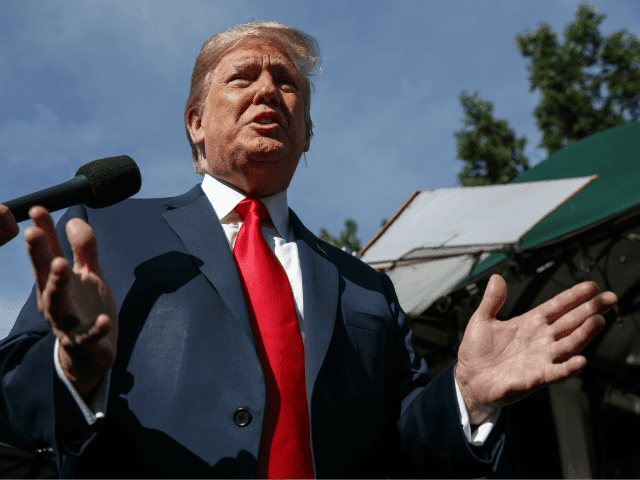 “I’m looking at both of them,” President Trump said speaking of two Republican immigration bills jockeying for support in Congress. Those two bills are Rep. Bob Goodlatte’s immigration bill and Speaker Ryan’s bill. He affirmed “certainly” that he “wouldn’t sign the more moderate one.” The “more moderate” bill of the two is Ryan’s bill.

“I need a bill that gives this country tremendous border security,” Trump told Fox. He added that it has to end catch and release, end the visa lottery, and “we have to have the wall, if we don’t have the wall there’s no bill.”