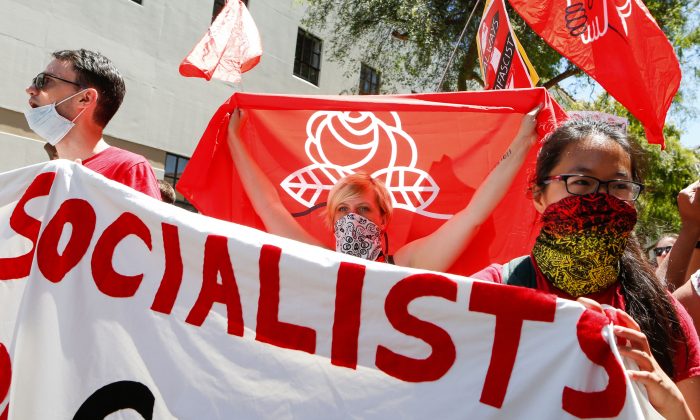 The United States’ largest Marxist organization, Democratic Socialists of America (DSA), is being trained—and guided—by an extremely well-funded network of “former” East German communists. Many of these German communists were documented informants for the notorious former East German intelligence service: the Stasi.

At over 49,000 members—and growing fast—DSA has exploded from an obscure political sect only two years ago to a major force in the increasingly radical American left. DSA is on the verge of electing members Rashida Tlaib and Alexandria Ocasio-Cortez to Congress and is behind dozens of other DSA members and “fellow travelers” to lesser offices.