From Trump to Kobach: How the Populists and American Union Workers Are Taking Back the GOP 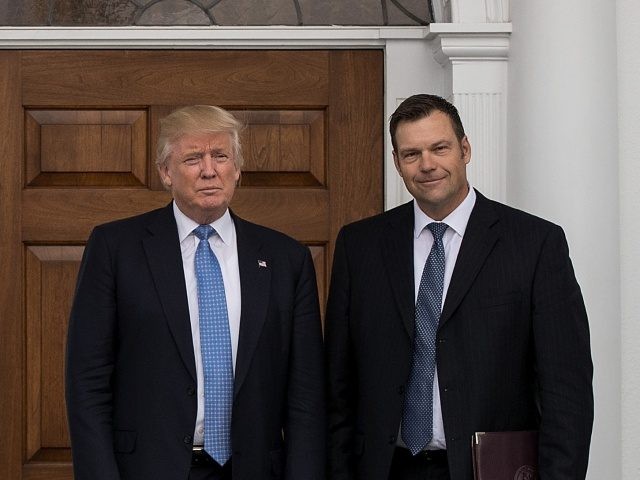 American union worker support for populist-nationalist Republicans may have started with President Trump, but it’s not ending with him as many in the pundit class had predicted.

In 2015, AFL-CIO President Richard Trumka told Chuck Todd in the midst of the Republican primary for president that “probably every” union worker in the United States said “Amen!” when Trump spoke about the crippling impact multinational free trade deals have had on American workers.

At the time, Trump was the only Republican in the GOP primary noting how free trade deals like NAFTA, the Trans-Pacific Partnership, and KORUS had and would continue to kill jobs in the U.S. and send them overseas to foreign countries.

Left behind by these free trade deals, Trump said, were American workers who had been ignored by the free trade apparatus of the Republican and Democratic Party who were beholden to the big business lobby, tech lords, and the Chamber of Commerce.