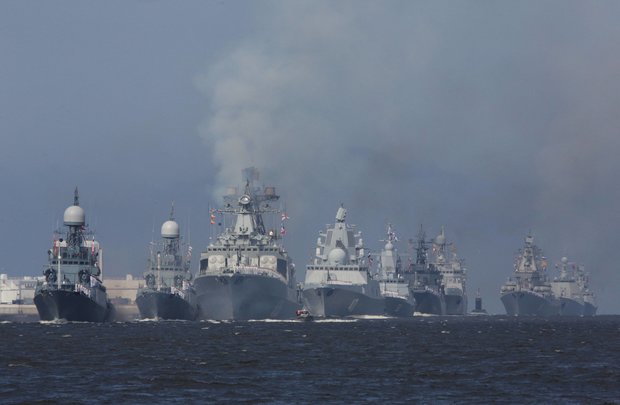 Russia’s defence ministry announced the deployment of the vessels – along with at least 30 warplanes including long range bombers – amid rising tensions with the US.

Moscow has accused the US of planning to attack Syria, alleging a chemical attack will be staged in bid to bring them into the war against dictator Bashar al-Assad.

Vladimir Putin’s latest announcement comes following the arrival of ten Russian warships and two submarines in the region – which was already the largest Russian deployment of its kind since the start of the Syrian Civil War.