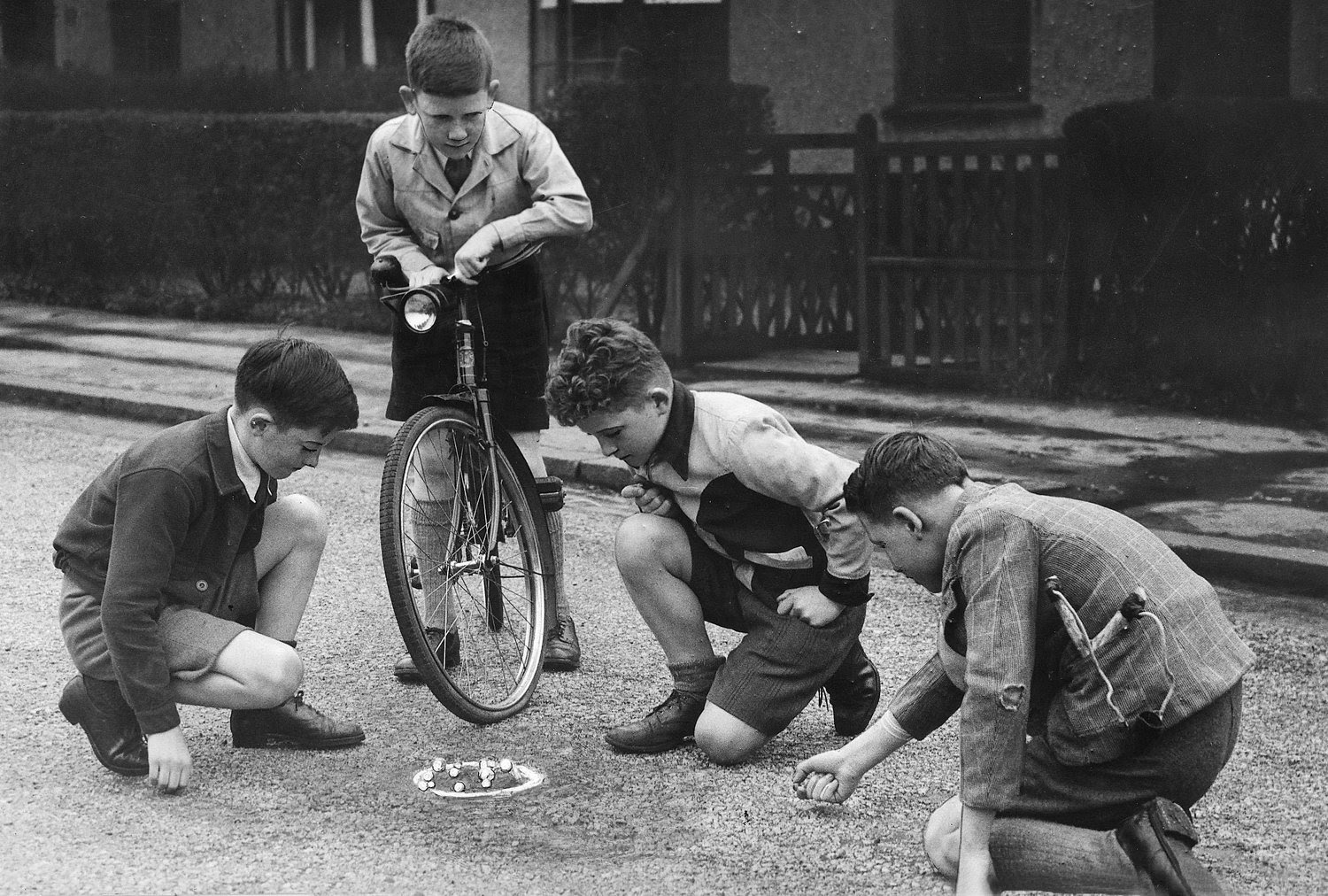 .....I still have a LOT of memories of those days. A lot.  I remember the service flags in the window of my Grandpa's house. I remember the Troop Trains, I remember the ration cards and gas stamps.  I remember uniforms everywhere, literally.  Grandpa was an Air Raid Warden.  We still had his old steel helmet and whistle from those days for the longest time.  I remember the Victory Garden and Scrap Drives. I remember bringing pennies to school so we could buy War Bonds.

I remember that I walked to St Joseph's School, about 16 blocks, I think. Along the way, I passed a few storefront businesses - a photographer's shop; a Tailor shop and a drug store.  The Tailor was a little Jewish guy from Poland. They lived in the back of the shop with a blanket separating 'home' and business.  He was not a dry cleaner or anything but an honest to God tailor.  He could make you a suit from scratch.  Back then, men and boys went to the Tailor, women and girls to the Seamstress.  Often it was the same shop.  Most usually, he turned your uncles' clothes into your clothes, while his wife did the same for your aunts.  We had six men and four women and stuff got passed down until it became a vest or a tie.  I know he made blouses for my aunts from my uncles shirts, and so on.

Now we can begin to see the point of this reminiscence . . . Mr - - - - - - Sky was an immigrant.  He brought his trade with him, as did his wife.  They taught their kids their trades.  There was no welfare, no 'gimmedats'.  I have no idea how they made it to the States, but I know that established Jews funded a lot of small businesses to give their fellows a start in this new country.  Italians operated in a similar vein.  NOBODY got a free ride.  Everybody paid his dues.  If you didn't have a trade, they apprenticed you to somebody to learn one.  And no, you didn't get much choice.

How the Hell does this country survive, taking in  M I L L I O N S  of freeloaders, with no intention of learning a trade or working at anything, but their grift and hustle.  How in the Hell does 40% support 60% for life, without help?  We don't. Period.  And, amigo, our 40% is fading fast.  We're importing 80 IQ people in a 120 IQ economy . . . untrainable morons fit only to be thugs and thieves.  You cannot take a mutt with no aptitude to learn and'teach' him doodley.  He's gonna stay a turnip, no matter how much you spend, or whose heart it breaks.  And, buttercup, He don't give a shit!