Pompeo: Maduro's airplane was ready to leave this morning — then Russia stopped him 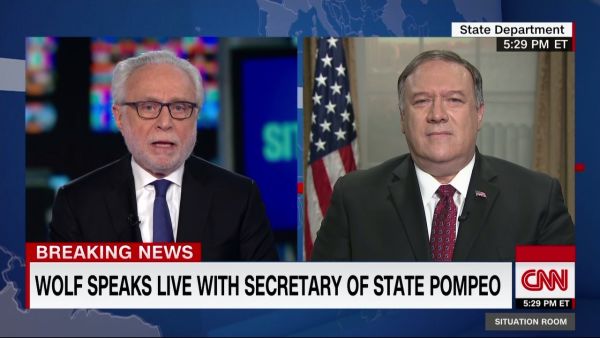 Secretary of State Mike Pompeo, speaking to CNN’s Wolf Blitzer on “The Situation Room” just moments ago, claimed that Nicolás Maduro was preparing to leave Venezuela "this morning" but was talked out of it by the Russians.

“We’ve watched throughout the day, it’s been a long time since anyone’s seen Maduro,” Pompeo said. “He had an airplane on the tarmac, he was ready to leave this morning as we understand it and the Russians indicated he should stay.”

Pompeo later added, "He was headed for Havana."