There are many “American” Flags 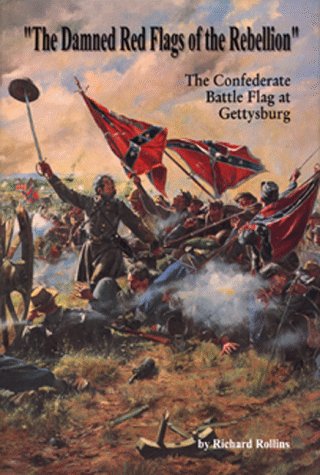 The wide range of what can be referred to as “American” flags is seen in all Territorial & State flags, as well as the Bennington, Betsy Ross, Gadsden, Texas Republic, California Bear, Maine Pine and Star, Bonnie Blue – and all flags of the American Confederacy, 1861-1865. The Stars & Stripes is one of the “American” flags noted above, but not the only one. It is properly referred to as the flag of the United States.

What are called “Confederate” flags include not only the First National, which is the actual Stars & Bars, but also the Second and Third National, as well as regimental and unit flags – all “American” flags. It is noteworthy that the “X” pattern of the Battle Flag is drawn from St. Andrews Cross, which makes the Second and Third National flags of the American Confederacy the only national flags in the Western Hemisphere to incorporate a Christian symbol.

To Southern soldiers 1861-1865, their flags symbolized all the reasons they fought: defense of their families, home, community, and their efforts to preserve a heritage of liberty they traced back to their forefathers and the American Revolution.

Especially in the South, the unit flags were sewn by the mothers, aunts, daughters and sisters of those who went off to defend their country. Consider this from the presentation of the Desoto Rifle’s unit flag in 1861 New Orleans:

“Receive from your mothers and sisters, from those whose affections greet you, these colors woven by our feeble but reliant hands; and when this bright flag shall float before you on the battlefield, let it not only inspire you with the patriotic ambition of a soldier aspiring to his own and his country’s honor and glory, but also may it be a sign that cherished ones appeal to you to save them from a heartless and fanatical foe.”

What those mothers and sisters spoke of as they presented the colors to their men is best captured by Brigadier-General Lewis Armistead as his 53rd Virginia Regiment began the long walk toward enemy lines on Gettysburg’s third day:

“Men, remember your wives, your mothers, your sisters and your sweethearts! Armistead walked down the line to the men of the Fifty-seventh Virginia, to whom he yelled:

“Remember men, what you are fighting for. Remember your homes and firesides, your mothers and wives and sisters and your sweethearts.”

All was nearly ready now. He walked a bit farther down the line, and called out: “Men, remember what you are fighting for! Your homes, your firesides, your sweethearts! *Follow me.”
*Virginia!