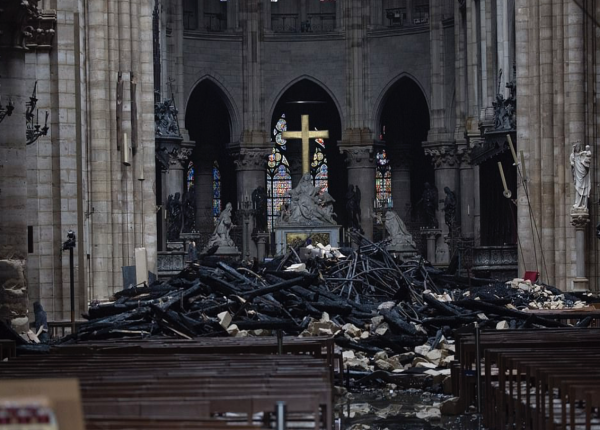 The horrible fire at the Notre Dame Cathedral, the magnificent 800-year-old structure serving as a beautiful symbol of western civilization, is still smoldering. Yet there exists those who argue it shouldn’t be rebuilt to its original form, because of the large Muslim population now residing in France.

And, of course, anyone who notices this large Muslim population is immediately an Islamophobe or a member of the far-right… [How Should France Rebuild Notre Dame?: Much of the structure survived the blaze — but as rebuilding efforts move forward, the country will be left with a big question: What does the cathedral mean to 21st-century France?, Rolling Stone, April 16, 2019]: