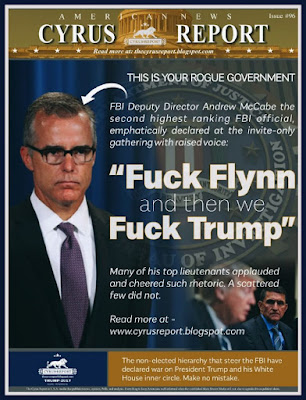 The McCabe testimony is devastating.  He is caught in lies.  His testimony conflicts with Rosenstein’s.  Numerous acts of abuse in the Hillary email investigation are uncovered and apparent.  His credibility is shot.