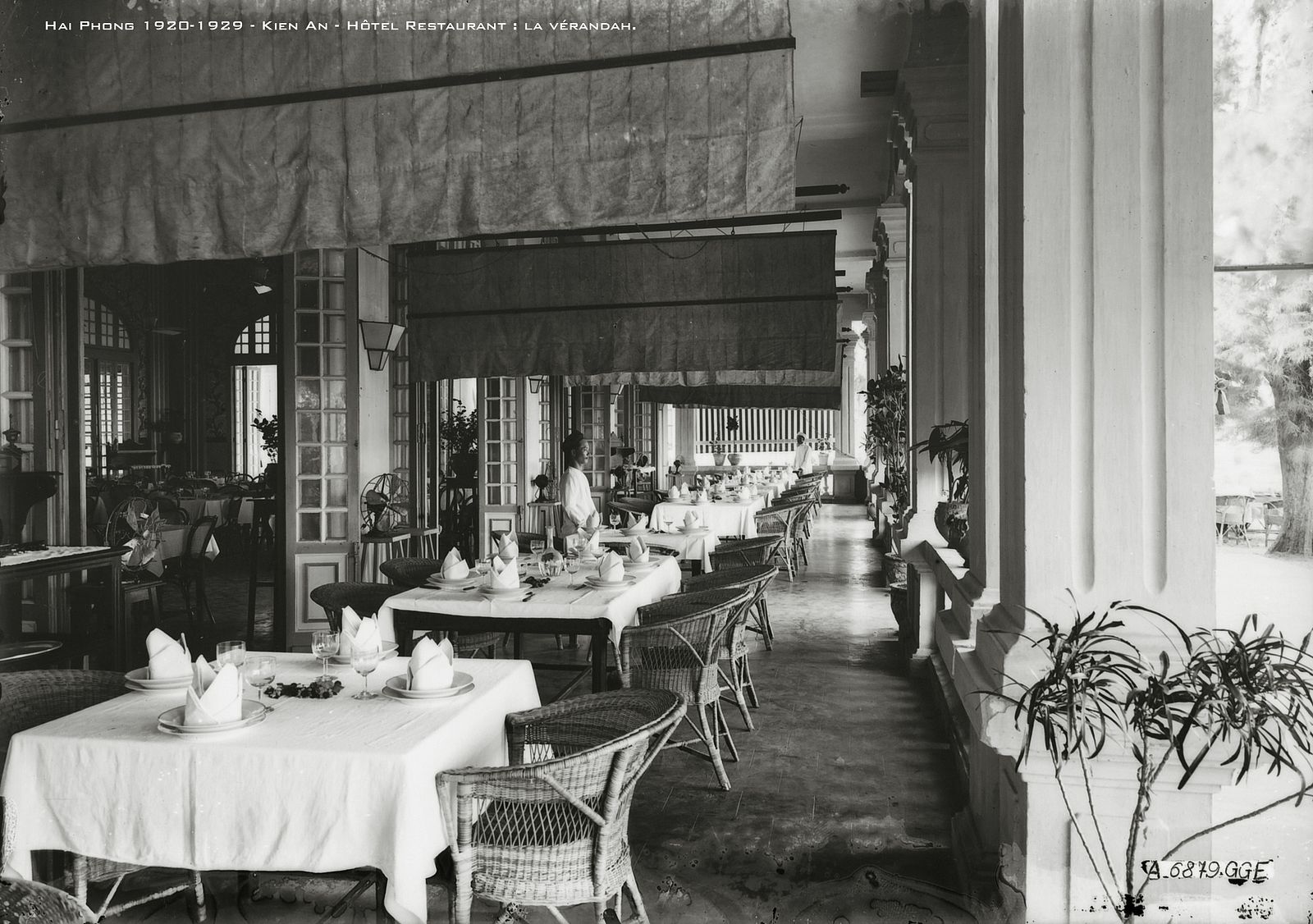 Established in the late 19th century, Hai Phong is one of Vietnam's five municipalities and the second-largest city in northern Vietnam, after Hanoi.

The black-and-white shots in this album were created throughout the 1920s, with some shot later in 1930. During this period, Hai Phong was part of Tonkin, a French protectorate encompassing the Red River Delta and surrounding mountainous regions. While their subject is tourism, one of the city’s major economic contributors, the photos depict two different sides of the hospitality industry: one catering to rich travelers with grand accommodations and linen tablecloths, and another enjoyed by casual locals participating in cultural festivals.