Dispatches from the Race War

All cultures are equal. At least, as things are going, they soon will be. But couldn’t they be equal somewhere else?

Month after month after month, surprising as sunrise, predictable as the value of pi, come the casualty reports documenting racial disaster. Details change. The substance does not. Gangs of American Africans beat whites into brain damage, often rape and sometimes torture, kill policemen, loot stores, burn our cities. Week after week sullen dark faces glare from mug shots. The stories run briefly in the local press and are disappeared. 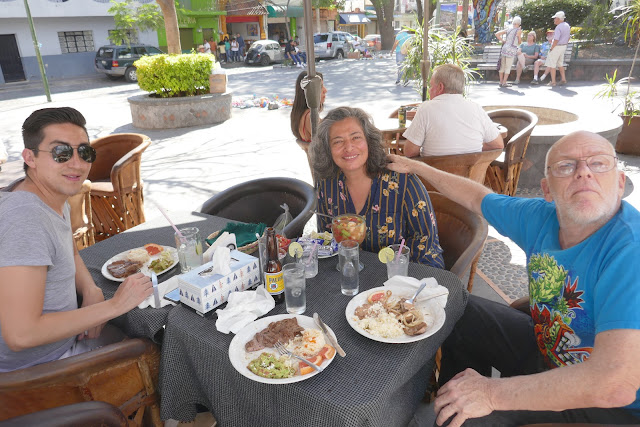 Fred of Fred On Everything and his lovely wife in Ajijic. Expatriate's galore here but I feel just fine walking the streets of Guadalajara and making do with the little Spanish I know and dealing with many who have little or no English.  There are many Spanish who have not married outside their class/race that it is difficult to tell they are not Caucasians and I think most of the time they think that I am from here also. (Though Spanish are considered Caucasian) Very friendly and they are extremely polite in receiving your money and counting carefully when they hand your change back. The weather is more pleasant down here, though only 1 1/2 hours away.  As Fred says it gets almost cold enough that you want heat and almost hot enough to want A/C of which he has none. It's not cheap though, where new car dealers abound and is about 2 1/2 times more expensive than Vietnam.
Posted by Brock Townsend at Saturday, August 31, 2019