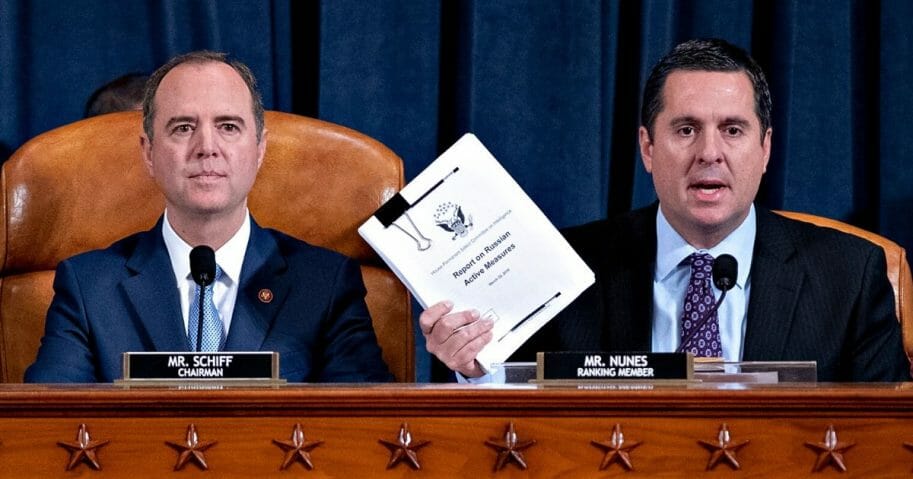 Rep. Devin Nunes of California and other Republicans may get to call their witnesses in the House impeachment inquiry after all, thanks to a clause cited in a letter signed by nine GOP representatives.

The Thursday letter appears to exploit a loophole in an attempt to bring forward witnesses denied by House Intelligence Committee Chairman Adam Schiff.

The California Democrat previously denied many of Republicans’ witness requests, a power he was granted after a rule change earlier in the month.

According to Nunes’ letter, the newfound clause is “not displaced” by the rule change.