The Nazi Style Attack of Canada's Fundamental Freedoms, and Hockey? 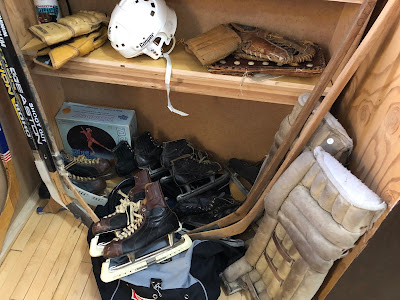 Not sure if you've seen our recent news but our politics and double standards have become very bad here. I have written an article regarding what's happened with Don Cherry being fired and Canadian hockey being badmouthed....but am banned from Facebook for another four days!Here is the link to the article if you want it on your blog. If you'd please post it on my timeline on Facebook it'd be appreciated. :) Hope life is treating you well! Thanks and take care for now,
--Cousin Dale

While I dislike having to write articles about such trash, Canada has certainly reached a point when people need to speak out. I'm a fourth generation Canadian and played hockey for many years in my youth. I never made a first string team nor was any kind of superstar, but nonetheless I experienced the many positive facets of Canadian hockey. I'm an advocate for Veterans and have tried to speak for our military/veterans because Canadians don't realize how poorly we treat and receive our Veterans as opposed to other countries. While we're not doing bad, we sure could be doing much more to show pride in and say thanks to those that serve or have served.

So as he's done so many times in the past Don Cherry decides to have an on air rant about something. I grew up listening to Don's many rants and have watched repeatedly as people have roasted him for his controversial speeches in the past. Just prior to Remembrance Day he chose to speak out regarding what he felt was a lack of new immigrants wearing poppies, and strongly suggested everybody should. With typical Don Cherry flare he used his decades-long term "you people". In every other instance his words were not treated as evil or the end of the world.....