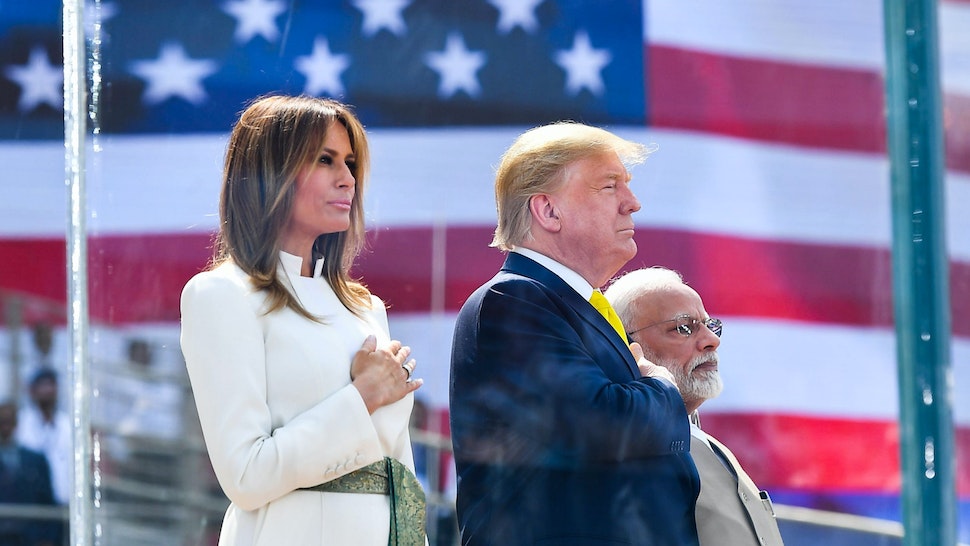 More than 110,000 people packed into the world’s largest cricket stadium in India on Monday to cheer President Trump, who promised “an incredible trade deal” and “the most feared military equipment on the planet” at his biggest rally abroad.

Nearly everyone in the massive stadium held cardboard Trump masks and wore white hats with the name of the event, “Namaste, Trump” or “Welcome, Trump.” The stadium erupted in roars at the introductions of Trump and Indian Prime Minister Narendra Modi. Trump wowed the crowd with a 30-minute speech, pledging to make the two nations even stronger allies.