Senate, Do not Acquit! Instead, Render Null & Void Ab Initio As Defective Impeachment! 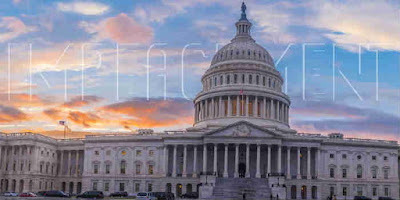 Two principles in law nullify, make voidable, and void, a defective and unconstitutional impeachment. As if it never happened!
*Ab Initio - ” translates as “from the beginning.” (Initio is a form of the noun initium, meaning “beginning,” which gave rise to such English words as initial, initiate, and initiative.) Ab initio...is also used as an adjective meaning “starting from or based on first principles”...

It is also defined with abuse of rights (“the revelation of the true facts or the illegality of the conduct makes the situation illegal ab initio (from the very beginning),” and not (necessarily) at the point when the illegal/wrongful behavior was discovered or occurred.” Ab Initio renders defective documents and process non-existent, voidable and voided (”...A contract or agreement is voidable when it contains flaws sufficient to invalidate the terms of the contract.” As if it never existed.