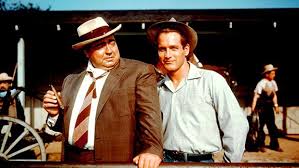 On 25 May 2020, a black American, George Floyd, died beneath the knee of a white Minneapolis police officer. Cell phone video taken by passersby recorded what seemed to be a revolting crime, the casual application of wanton cruelty to a helpless human being unto death. The natural and proper — the just — reaction to blatant injustice is anger. And rage immediately swept through the cities of the United States, and even crossed over to Europe and Australia. Many compared this near-revolutionary social unrest to the events of May 1968 in France.

Amidst this whirlwind, it has often felt as though history was accelerating. Therefore, it is important to slow things down and distinguish the various elements in what has been unfolding.

More @ Musings of an Old Curmudgeon
Posted by Brock Townsend at Monday, August 24, 2020