Yes, China Has the World’s Largest Navy. That Matters Less Than You Might Think. China’s fleet relies disproportionately on smaller classes of ships – and U.S. capabilities are bolstered by its allies’ navies. 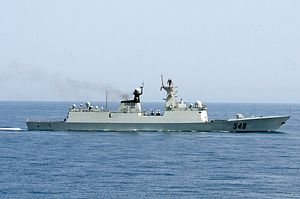 Since the release of the Department of Defense’s “2020 China Military Power Report” this past September, much has been made of China’s securing the title of the “world’s largest navy.” Indeed, the United States Office of Naval Intelligence has confirmed that the People’s Liberation Army Navy (PLAN) has surpassed the United States Navy in total battle force ships, approximately 360 to 297, with future projections expecting the gap to grow. By 2025, the PLAN is predicted to field as many as 400 vessels whereas the United States plans only to field 355. Quantitative discussions of this sort have fostered an increasing level of hysteria in the U.S. media and even parts of its foreign policy and defense establishments.