One veteran on gun control 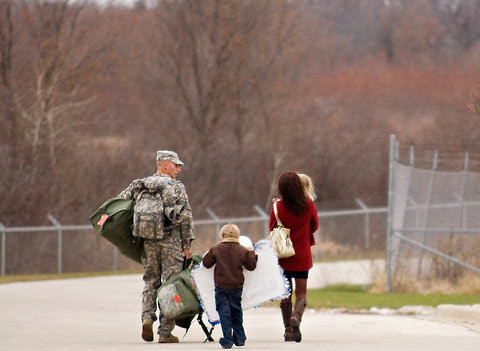 [Editor:  This was originally sent to a local newspaper disputing their editorial seeking a "middle ground" on gun control, which of course means gun owners give up more of their rights with nothing in return.]

I read your editorial on the middle ground of gun control.  You were correct that there are many things you don’t understand.

I will begin by stating that combat veterans like myself not only swore an oath to defend the Constitution, but we actually risked our lives for it.  I know very well that freedom isn’t free and its payment was made in real blood.  Over my relatively short lifetime, though, I’ve seen politicians use that same document like toilet paper before handing it over to people in the media who seem all too eager to reduce it to pulp for a paycheck.  That alone is a sad commentary on one of the many divides that exists in America today.

I gather from your writing that you’ve punched a few holes in paper and some small furry creatures outside of suburbia.  Keep in mind that you did those sporting activities in a safe peaceful environment.  You might think this gives you some understanding of the ways of the world, its long history and what men are really capable of, but given my experiences I can see you hit far off the mark.  Using a target as a metaphor, you missed the paper completely.

For you to label warnings from your fellow countrymen against possible future government overreach as “paranoia”, you further demonstrate willful ignorance of our history.  In order for you to gain a better understanding of history and dispel your illusions of how things really work, I’d suggest you sit down with veterans from our many past and current wars.  It would do you well to include Native American veterans among that group.  The elders of those tribes could also educate you about a massive domestic genocide about which you are apparently clueless.

The Second Amendment, like the rest of the Bill of Rights and other founding documents, has nothing to do with sporting purposes.  It’s about limiting government power and curtailing its ability to inflict harm on people.  Once you understand that you might see the realm that the big boys play in and know they gamble with lives on a vast scale.  It’s not a game for the faint-hearted, so I understand why the majority of Americans are in collective denial about this.