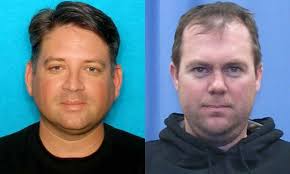 A northwestern Montana man shot and killed the host of the Sportsman Channel show "A Rifleman's Journal" in an apparent jealous rage while the TV personality was visiting the shooter's wife, police said Friday.
Wayne Bengston, 41, then beat his wife, took his 2-year-old son to a relative's house and drove to his home about 25 miles away in West Glacier, where he killed himself, Whitefish Police Chief Bill Dialsaid.
"It's pretty much an open-and-closed case. Homicide and suicide," Dial said.
Police identified the shooting victim as Gregory G. Rodriguez, 43, of Sugar Land, Texas. Bengston's wife told police that Rodriguez was in town on business and visiting her at her mother's house in Whitefish when her husband showed up Thursday at about 10:30 p.m.
Rodriguez and the woman, who works for a firearms manufacturer in the Flathead Valley, met at a trade show and struck up a casual relationship that police do not believe was romantic, Dial said.
She and Rodriguez were sitting at the kitchen table, talking over a glass of wine, when Bengston entered the house and shot Rodriguez, Dial said.
He then beat his wife on the face and head, most likely with the pistol, he said. She was treated at a hospital and released.
"I think it was a jealous husband, but this is all conjecture," Dial said.
More @ Yahoo
Posted by Brock Townsend at Friday, March 08, 2013