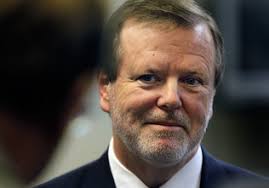 This week the North Carolina House of Representatives announced their plans for introducing a bill requiring voters to show a valid photo ID before casting a ballot to vote. House leaders expect to file a bill later this month after holding a public hearing and committee meetings to ensure the process is transparent and the bill is fair.

I support the House’s efforts and commend them for taking up this important issue again in a way that will allow citizens to bring their thoughts to the table. As you probably recall, the legislature passed a photo ID bill during the last biennium to ensure our state’s elections are fair and honest. But unfortunately, our former governor vetoed it to energize the far-left wing of her base.

Studies show photo ID requirements boost voter confidence and increase participation at the polls. The majority of North Carolina citizens support this common-sense measure, and legislative Republicans are determined to protect the integrity of our state’s elections.