NC: Republicans to press ahead with voter ID law 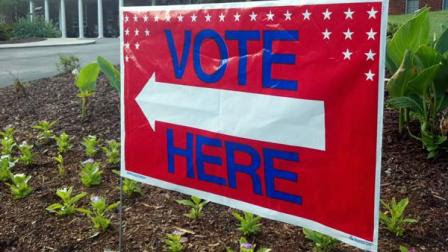 Republicans in the North Carolina House of Representatives said Tuesday they'll press ahead with plans to pass a voter identification law this session.

Speaker Thom Tillis (R-Mecklenburg) said there will be public hearings and multiple committee meetings on the contentious issue before a bill is filed.

"A convincing majority of North Carolinians support voter ID, and we will pass a strong bill this session," Tillis said.

Conservatives have been pushing for a law that would require some form of photo identification to cast a ballot in North Carolina for over a year.

They say it's necessary to prevent voter fraud. Liberal groups point out that voter fraud is not a problem in the state and say a photo ID requirement is a thinly veiled attempt to weed out voters who would be more likely to support Democrats - including minorities and elderly people.

Republicans say that is not the intent.