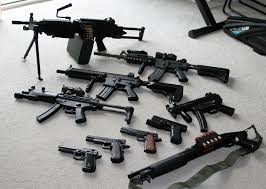 Back during the Clinton era, the Democrat faced a choice: support an assault weapons ban urged by a president from his own party and risk angering constituents who cherish their gun rights, or buck his party. He chose the ban, and nearly lost his Senate seat.

Now, as he begins his campaign for a seventh term, Baucus faces the question again. For weeks, gun foes have sought assurances he would oppose the assault weapons ban. But it was only this past week he said he would oppose it.

That decision alone doesn't settle the issue for his re-election campaign. His opponents are watching closely, eager to pounce as he navigates a series of other gun control proposals, including an expected call for universal background checks.

Baucus' predicament is one that a group of Democrats like him in the West and South are facing. They hail from predominantly rural regions of the country where the Second Amendment is cherished and where Republicans routinely win in presidential elections.