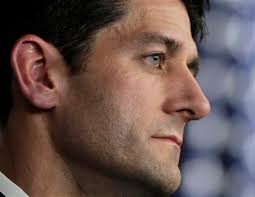 Rep. Paul Ryan of Janesville said Sunday his new budget will promote the repeal of Obamacare and balance the federal budget in 10 years.

Ryan, appearing on "Fox News Sunday" said Americans were owed a balanced budget, and his proposal as chairman of the House Budget Committee would include enough cuts to get there in 10 years.

Ryan said the focus of the ObamaCare repeal would be to stop the expansion of Medicaid, which serves low-income U.S. families.