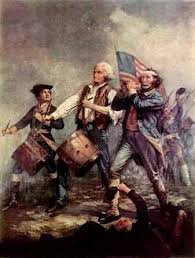 The government and people responsible for enslaving our children in debt have many common talking points. One of the most prevalent is the attack on our Constitution and its relevancy today since our framers could not envision the problems that the nation would have to face 226 years in the future. Let's look at some of our framers' and one early president's views on debt and banks:


"Think what you do when you run in debt; you give to another power over your liberty."
--Benjamin Franklin

"I, however, place economy among the first and most important republican virtues, and public debt as the greatest of the dangers to be feared."
--Thomas Jefferson

"Some of the evils which arise from this system of paper press with peculiar hardship upon the class of society least able to bear it. A portion of this currency frequently becomes depreciated or worthless, and all of it is easily counterfeited in such a manner as to require peculiar skill and much experience to distinguish the counterfeit from the genuine note. These frauds are most generally perpetrated in the smaller notes, which are used in the daily transactions of ordinary business, and the losses occasioned by them are commonly thrown upon the laboring classes of society, whose situation and pursuits put it out of their power to guard themselves from these impositions, and whose daily wages are necessary for their subsistence."
--Andrew Jackson

Slavery or involuntary servitude is the result of either subjugation by conquest or succumbing to the bondage of debt.
--5000 Year Leap