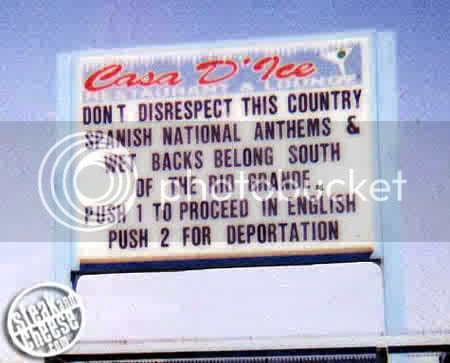 
The Drudge Report recently revealed that the so-called Gang-of-Eight Senate Immigration bill, also known as Schumer-Rubio, if passed, would bring another 33 million immigrants, both legal and illegal, to the U.S. within ten years. The present population of the United States is about 308 million. Of these, 40 million or about 13 percent are foreign born, most coming since 1980. The 33 million estimate was originated at NumbersUSA, a prominent, pro-immigrant education and research foundation that believes we need to cut down the number of immigrants we admit each year for the benefit of both immigrants and natives.


Heritage Foundation and Center for Immigration Studies research papers have also substantiated that the low levels of skills and education brought by most immigrants since the 1965 Immigration Reform Act have resulted in an increasing net fiscal drain on the economy and future Social Security, Medicare, and Medicaid liabilities. Furthermore, the wages of American workers are being depressed by $2,800 annually per employed person by the massive influx of cheap-labor competition. Those with a high school education or less are hardest hit. These wage losses for American workers are a $437 billion annual gold mine for cheap-labor special interests.


Schumer-Rubio or S.744 is officially titled “The Border Security, Economic Opportunity, and Immigration Modernization Act.” Curiously, the underlying theme of its 844 pages is that there is a severe labor shortage! Yet the U-6 unemployment rate, which includes discouraged workers and those forced to part-time by economic conditions is 13.8 percent, numbering among the distressed 21.3 million people who want full time work but cannot find it. Another 2.0 million have dropped out of the workforce since March 2012. Yet S.744 sponsors John McCain and Lindsey Graham are appearing on national TV interviews claiming there is a national labor shortage. Florida’s Republican presidential hopeful Marco Rubio’s statements on Rush and other conservative talk shows indicate he is confused, to put it politely, about the actual language of the bill.


Schumer-Rubio includes a major amnesty, estimated to be at least 11 million and perhaps as many as 18 million people. The one thing the public must know about amnesty is its MULTIPLIER EFFECT. Because of rampant fraud and poorly enforced criteria, past amnesties have turned out to be much larger than expected. The disastrous 1986 Amnesty was originally supposed to cover about one million illegal immigrants. It turned out to be closer to 2.7 million, followed by six follow-up special amnesties totaling another 3.0 million. In addition, all their relatives began to show up.  Based on the 1986 Amnesty, you can expect two to three additional illegal immigrants over 10-20 years for each amnesty. Amnesty draws more illegal immigrants like bees to honey and begets still more amnesties.


Besides the massive amnesty, the bill calls for legal immigration to increase from 1.1 million per year to 2.6 million per year. Before the 1986 amnesty, legal immigration was about 300, 000 per year.  One major provision of S.744 is the tremendous expansions of additional guest-worker programs, more than tripling the current 900,000 to nearly 3.0 million.  As the Jordan Commission’s six-year study of immigration released to Congress in 1997 pointed out, guest-worker programs result in the same fiscal costs, suppression of American wages, and displacement of American workers as illegal immigration. In addition, they increase illegal immigration by relatives and widespread visa jumping. They also add to medical and hospitalization costs of birthright citizenship babies.


According to NumbersUSA, the 33 million new immigrants resulting from the passage of S.744 would be 12 million amnestied illegal immigrants, 17.6 million of their relatives, and another 3.4 million in business sponsored immigration. Given the additional number of guestworkers, I am surprised the number is only 33 million. Keeping it under 33 million would be a huge problem, since Obama has demonstrated a strong disposition against enforcing immigration laws— also a continuing boon to terrorists.


Even the liberal-leaning Politico website admits the passage of S.744 will be a tremendous bonanza for Democrats, binging in at least 11 million new Hispanic voters within 10 years. Recalculating the 2012 vote based on the projected numbers of new Hispanic voters in 10 years would have given Obama a 7 point lead over Romney rather than only a 4 percent lead. States like Ohio, Florida, and Colorado would not have been close.


The Bush strategy of going easy on immigration enforcement and favoring amnesty failed to get more than 40 percent of the Hispanic vote. But an additional 5 million illegal immigrants and about 4 million more legal immigrants than the Jordan Commission considered healthy for the country arrived during his eight years in office. Bush’s lenient immigration strategy, actually gave Obama a boost against McCain, who is essentially Senator Amnesty in the Republican Party. As careful academic research has pointed out, the Hispanic vote was never really in play. The myth of Hispanic social conservatism is largely confined to the Cubans (5 percent of Hispanics), Evangelical Church members (18-19 percent), and wealthier, active Catholic families. Bush’s 40 percent Hispanic vote in 2004 was earned by gains and high turnout of Evangelical Church members.


Meanwhile, as many as 8 million white conservative voters did not vote in 2008 and 2012. The Republican National Committee needs to figure out why. Competent research and polling indicate Republicans would make no significant gains with Hispanic voters by backing amnesty or open borders immigration policies but would lose a devastating share of their conservative base.  Enforcement is the necessary strategy for Republicans.
Posted by Brock Townsend at Monday, April 29, 2013