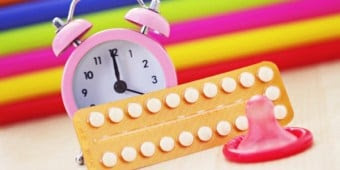 While Americans debate how to best keep school children safe from violence, at least one group is asking why the media won’t help pressure the education system into keeping kids safe from another child predator the group dubs “Sex Incorporated” – also known as Planned Parenthood.

The American Life League, or ALL, issued a statement questioning why major news outlets like the New York Times and Washington Post have declined their recent request to run ads highlighting the methods Planned Parenthood uses to target young kids.

ALL claims the content of the ads came straight out of Planned Parenthood publications ALL says are used to “hook kids on sex.”

“This week, both the New York Times and Washington Post rejected a full-page advertisement from American Life League as ‘too graphic’ and ‘shocking’ for their adult readers,” says an ALL report.
Judie Brown, president and co-founder of ALL, agrees that the images are shocking, but says that the images come directly from Planned Parenthood materials funded by American taxpayers and aimed at those taxpayers’ own children.

“Parents tax dollars are being used to turn their own children into Planned Parenthood’s future sex customers,” says Brown. “Their abortion business is based on exploiting young minds and filling those minds with all manner of sex instruction.