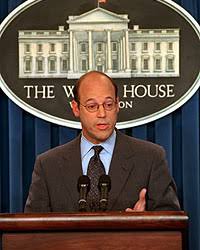 The Republican National Committee voted unanimously Friday to reaffirm the party's view that marriage should strictly be the union of one man and one woman, rebuffing its chairman's call for the party to be more tolerant on social issues.

Less than a month ago, National Chairman Reince Priebus released a 98-page document that appraised his party's political liabilities in an attempt to re-brand the party and attract voters following last November's election setbacks.

However, the RNC's resolved to uphold its stance on marriage, declaring that the union between a man and a woman is “the optimum environment in which to raise healthy children for the future of America,” reports the Wall Street Journal.

The 168 RNC members, by casting their unanimous vote, shows the party faces further challenges as it looks for ways to broaden its voting base. While some Republicans agree with Priebus that the party needs to further acknowledge and attract minority groups and younger voters, others believe doing that will cause the GOP to abandon its core values.

The party's base seems to agree with the RNC's vote, according to the results of a Wall Street Journal/NBC News poll released this past week. The poll showed that while 53 percent of Americans favor allowing same-sex marriages, only 27 percent of Republicans approve.

Supporters of the new RNC resolution say it was made to create the party's clear line on marriage.

"At the very least we wanted to clarify the position of the party," said A.J. Spiker, who chairs the Iowa Republican Party. “(We) can certainly be welcoming without compromising on marriage and the definition of marriage."