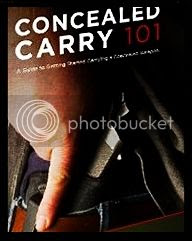 
“The Board reasonably believes the MFSA to be “pretended” (unconstitutional) legislation and be it further resolved that the Board, in affirmation of the Second Amendment rights of the citizens of Carroll County, herein direct that Carroll County Government will not authorize or appropriate government funds, resources, employees, agencies, contractors, buildings, detention centers or offices for the purpose of enforcing any element of the MFSA that infringes on the right of the people to keep and bear arms” [Source Legislation]

Two other counties, Cecil and Harford, have also joined Carroll County, Maryland, in nullifying new Maryland gun control legislation, which:
“What country can preserve its liberties if its rulers are not warned from time to time that their people preserve the spirit of resistance?” -Thomas Jefferson

The Right to bear arms is the fabric upon which other Rights find their peace and defense.

An individual must be able to defend his own life to exist, thus, the Right to bear arms is self-evident, accompanying your existence.


More @ Living Not Surviving
Posted by Brock Townsend at Wednesday, May 29, 2013