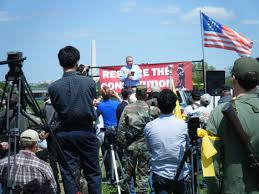 "A source close to the Senate negotiations [says] that two senators who voted against the background check bill would vote for it after minor, superficial changes."
— Lawrence O’Donnell on MSNBC, May 6, 2013

ACTION: Senators who voted pro-gun last month are under intense pressure by Senate Democrats and Mayor Michael Bloomberg’s hit ads to switch their votes.  We need to keep applying the heat and let them know that gun owners are ready to help in any Senate campaign, no matter which state, to defeat ANY SENATOR who votes for gun control.

LEGISLATIVE UPDATE FROM WASHINGTON, DC. It’s not over yet.  We can’t give up.

We won a dramatic victory last month.  But the Left has not raised the white flag yet, and they are using out-of-state rabble rousers to harass Senators who voted against the Toomey-Schumer-Manchin national gun registry just a couple of weeks ago.

It is a national gun registry because the Obama administration is copying the names of gun purchasers from 4473's when it conducts its annual inspections of gun shops.  If everyone has to have a 4473 when they buy a gun — even through most private sales — then everyone will be in the Obama administration's database.
Few things are more hypocritical than the spectacle of gun-grabbers whining that they don't support national gun registries just as they get off Air Force One on a trip from Hartford, Connecticut where they cheered the enactment of a state gun registry.

THE BULLYING IS CONTINUING. Senate Democrats are bullying the Senators who voted correctly on Toomey-Manchin-Schumer.  Those who are under the most pressure to switch their votes are:

If your Senator is a Republican, or is mentioned in the list above, it is imperative that you contact them again!
Right now, there are several Public Policy Polling surveys that claim Senators who voted pro-gun have lost public support.  It’s hogwash!

Gun owners can click here to read GOA’s analysis of why these PPP polls are fiction.

These polls are nothing more than a ploy to sway weak-knee Senators into reversing their votes.
Some Senators are even beginning to wonder if they are going to be punished at the polls for voting pro-gun.  And that’s why we need you right now to stay active and engaged in this fight.
CONTACT INFO:  Contact your Senators, if possible, at 202-224-3121.  Jam their phone lines. If it is not possible for you to call, then use the prewritten letter we have provided to e-mail them.

Tell them to vote against the expansion of background checks as they will allow for the registration of gun owners. And let them know that gun owners are ready to help in any Senate campaign, no matter which state, to defeat ANY SENATOR who votes for gun control.


Click here to send your Senators a pre-written email message.
Posted by Brock Townsend at Wednesday, May 08, 2013