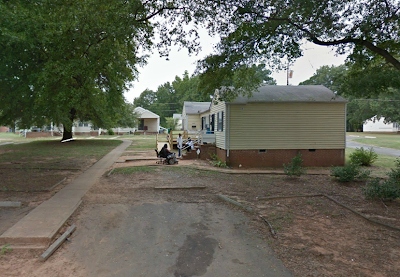 Not far from the shadows of Charlotte's Uptown towers, a group of more than 50 heavily armed men swarmed a cluster of three small homes on North Pine Street late Friday afternoon.

By one witness account, a number of dark colored vans and black SUV's closed in on the homes from several different direction. Within seconds dozens of men wearing olive drab jumpsuits with no visible identification stormed into the three homes in a simultaneous attack.

Witnesses reported hearing automatic gun fire and loud explosions often associated with "flash bang" grenades.
﻿
During the raid the area was blocked off by unmarked police cars and the para-military style operation was over in less than an hour. At no time were any CMPD marked units visible, nor was Charlotte Fire or Medic involved.