The ONE Mitigating Circumstance…..... 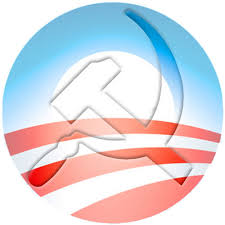 [This is a long post, on something I've been kicking around in my head for quite some time...  so please bear with me.  If nothing else, pull up the chair, pour a glass of wine, and I'll hopefully give you some useful food for thought.]

“There are no ‘mitigating circumstances’ when it comes to rebellion against a liege lord.” Yoshi Toranaga

It is an interesting thing, to listen to activists on the left and right sides of the political aisle, to denigrate each other, and it is especially entertaining if you identify with either party against “them.“  But the sad reality between the political parties is best summarized in the following:

“There is not a dime’s worth of difference between the Democrat and Republican Parties!” Alabama Governor George Wallace, candidate for President, 1968

An objective look at the track-record of the last 45 years (since that observation was made), will demonstrate that both parties aren’t interested in the welfare of the American people, but looking out for the welfare of their own pocketbooks.  The country is now run by two battling factions, the globalists and collectivists.

The globalists are interested in money and power.  They aim to accomplish the dream of past tyrants like Napoleon, Hitler, Lenin and Stalin: world domination.  Their fiat-currency schemes have crippled every economy around the world- save Iceland, ironically- and utterly destroyed the sovereignty of every single nation on the planet.  The financial whiz-kids of the American financial system, in cahoots with their British counterparts, have created an economic virus which has infected every corner of the globe.  The purpose of this virus is to bring the global economy to its knees at the same time, so that power can be consolidated, and a centralized bank for the entire world unveiled as the savior to all our financial problems.  But of course, a global bank will no more save us than the Federal Reserve has saved us, but that should be obvious.

The fly in the ointment of their globalist plans, has been the United States of America, which has been an economic powerhouse, due to manufacturing know-how, ingenuity, strong property rights and an economic system that fosters innovation.  As an added bonus, those same unruly Americans are armed to the teeth.  How does one bring down such a large stumbling-block to the well-laid globalist plans?

Corrupt their country, of course.


More @ Capitalisteric
Posted by Brock Townsend at Monday, May 20, 2013